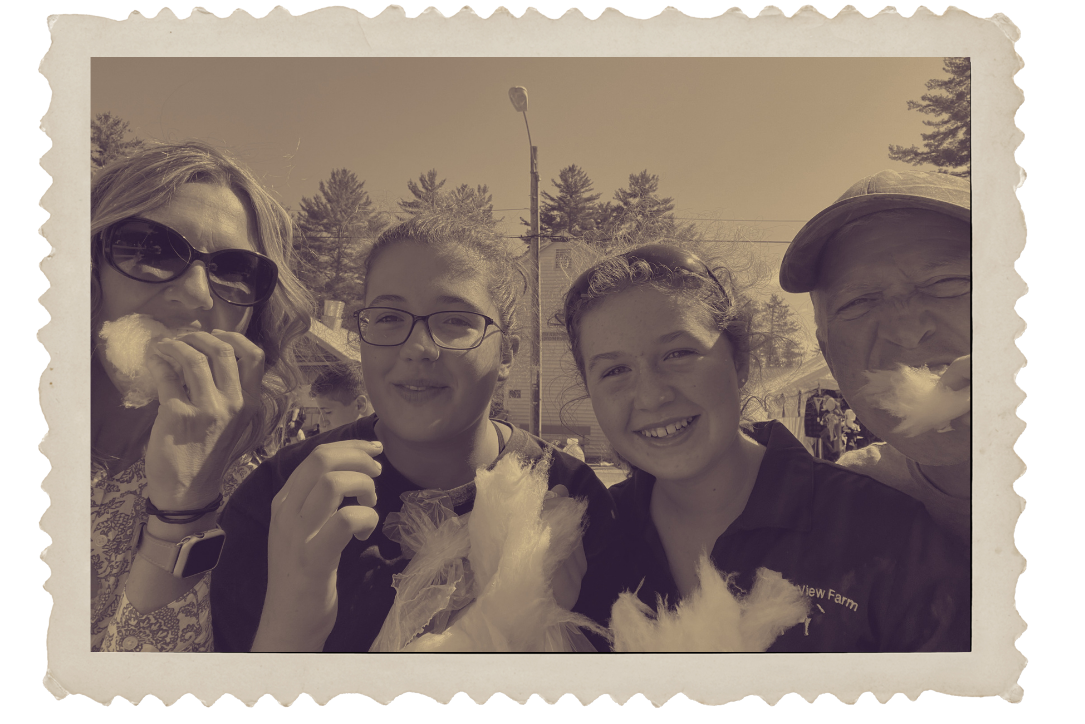 It sneaks in every year, right after our own county fair in New York.  The Hopkinton State Fair—the fair where I grew up, every Labor Day weekend, in New Hampshire.

It is the backdrop of where I showed my cows, went to the tractor pulls and fell in love with all of my 4-H friends year after year.

The reigns have been turned over to my nieces, nephews, and cousins now.  My, my, my, the good times they too, will have there.

Typically my kids and I make an appearance at the fair, at some point during Labor Day weekend.  This year was no exception, except I was minus my children.  I was flying solo.  I think something called 4th cut alfalfa crept into the mix and beckoned my farmers.  😉

Going by myself gave me a chance to completely be an aunt, and do my job of spoiling.

So, we did it up, Aunt Kate style…with all the fair food we could muster in a very short period of time.  Hold on tight, Grace and Molly, we goin’ for a ride!!

With the camaraderie of a very good family friend, Dan, my nieces, and I went on a 45-minute eating frenzy that was epic.

We got one of everything that suited our fancy and split it.  It was so much fun!  I felt like we were kids in a candy store.  Checking out all the food vendors and trying to decide what was important to each of us.

If truth be told, Dan and I started on our way into the fairgrounds by indulging in a maple sugared donut from the NH Maple Booth—yum!  It was hot and delicious and definitely would be where I would start every day at the fair if I was still in regular attendance.

It was french fries, a big donut, a Donut ice cream sundae, fried dough, and to top it off, maple cotton candy.  🙂

When I think about the variety of stuff that we consumed during such a small window of time, my stomach churns.  BUT it tasted SO GOOD!

The girls were in shock initially, but after the first 2 items went down the hatch they were all in—and Dan, well, he’s Dan, and anyone who knows him, understands that he is always in for food and a good time, with people he loves to be with.  We love him for that!

What a great day Saturday of Labor Day weekend was, at the Hopkinton State Fair!  It wasn’t necessarily about the fair, but what it was about was fun, good company, and going a little bit over the top with the food–which is what we all want to do when we go to a fair.

Sometimes you just have to leave all sensibilities behind and just do it up!  Crazy Aunt Kate style!  😉

Here’s to the start of school, getting back into a routine, and September.

Fall.  I love it and plan to drink it up over the next few months! 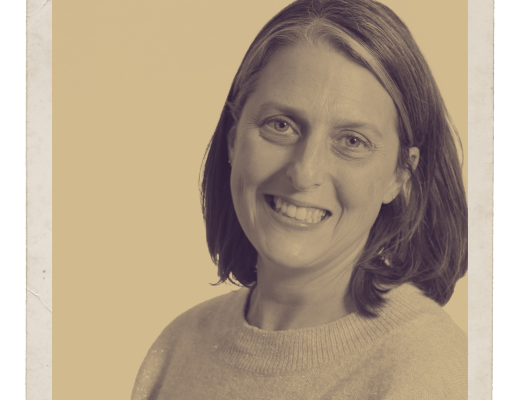 Just Me Stephanie (for you, mom!) 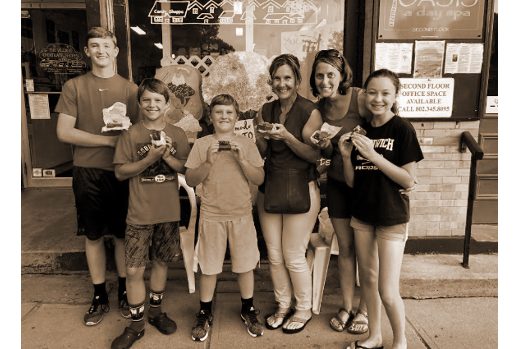 The Taste of Chocolate 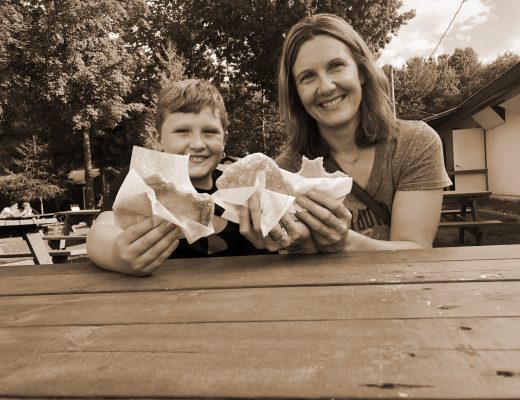 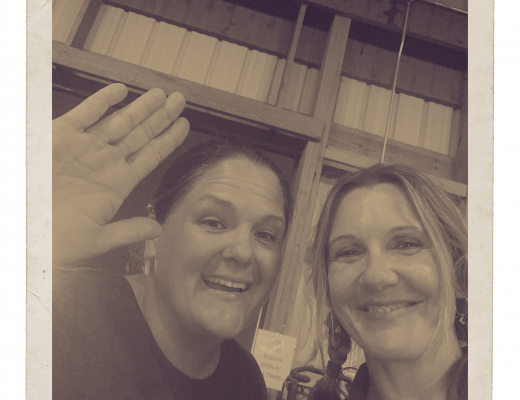 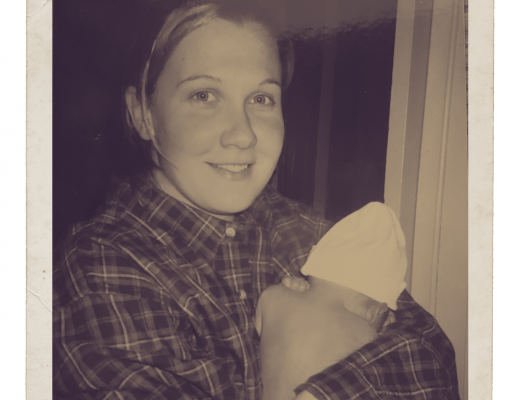 A Case of the Pregnant Pause

"The secret to living well and longer is: eat half, walk double, laugh triple and love without measure." - Tibetan Proverb 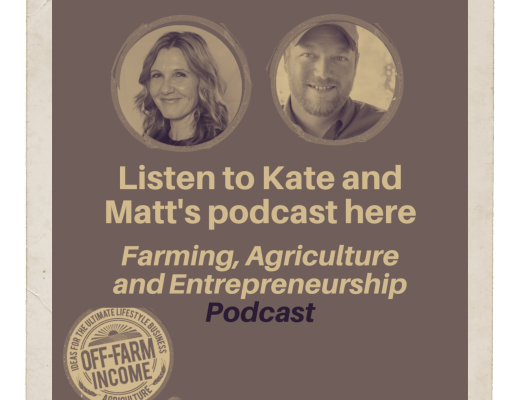 It’s a podcast kind of world 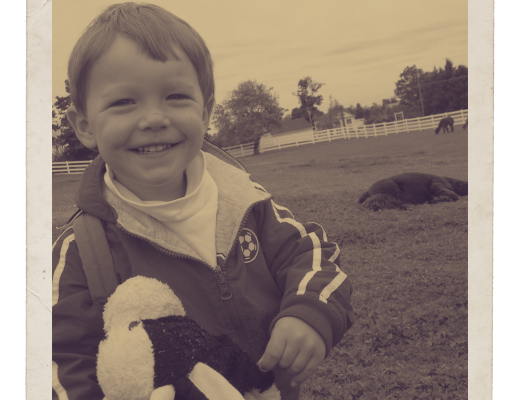 Connection with Faith and Farming 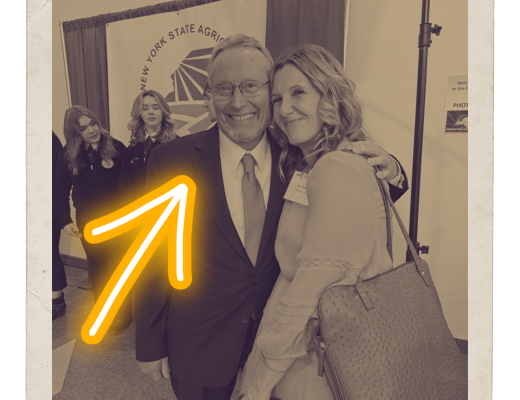 Just me, Kate… and this guy!

And if anyone knows me, it's that I am a procrastinator. Well, this year, I am head of the game! My valentines day cards are ready to go! Do you need a fun, cute, and silly #valentines day #card? Look no further! I have just what you are looking for. Look at them below!

Tell me what you think! Download and send them to your Valentine!
#jmk #justmedesk #justmyfouthchild #candy #donut #love ...

The sky on a clear day. The water of the oceans. Robin eggs in a nest. A pair of jeans. What do these have in common? The color blue! For Colonial Americans the color blue could only be obtained through one source: the indigo plant. Indigo became a popular crop to grow in a specific region of the southern colonies and is an unexpected agricultural product that came from America’s colonial period.

Indigo is a tropical plant that when put through a fermentation process produces a blue-colored dye which was used to make blue-colored clothing and other textiles. It is believed that indigo production first started in ancient India, and it was produced in other parts of Asia and the Middle East. Trade on the Silk Road brought indigo to the Roman world and later Medieval Europe. In Europe blue dye was produced through a plant called woad, however indigo produced a better color than woad so it quickly became a preferred option.

Read the full article at link in bio under Hansen's Histories

Connection with Faith and Farming

If you farm, you have faith.

We have faith that the rain will spill over from the clouds when it’s dry. And understand Mother Nature is on her time, not our time.

Farmers have faith that the baby calf is going to live. Praying that the sparkle comes back to the eyes, the coat shines again, and the baby hops up at feeding time.

If the calf takes its last breath, we wipe a tear from our eye, look up to the sky, and give thanks… for being able to try.

When a farm family has a crisis, other farmers roll up their sleeves and join together to get the cows milked, farm animals fed, and chores completed. We believe with each other’s help, the crisis will pass, and the comfort of a farm’s routine will be restored.

We are thankful for the dew on summer mornings and the sparrows that dip in and out of the barn window.

When thunderclouds roll in, we bale a little faster, praying for more time.

My kids grow up and watch and feel the wonder of birth and the loss of death. They plant seeds, cultivate the earth, and harvest the crop. Every day.

For all of these reasons, we draw strength and belief. We pass this knowledge down to our children, as they participate, daily, in the cycle of life.

We teach them, to have faith.

The sun will rise again tomorrow morning, and it will shine down on all of us.

Just me and my girl Steph headed out for another early morning meeting. Here we come, New Hampshire maple!#welovewinter#5amrocks#justmekateandsteph#justmydesk ...

Just me, Kate… and this guy!
New York State’s Commissioner of Agriculture

Last week when I attended the annual New York State Agricultural Society meeting, I connected with our state Ag Commissioner, Richard Ball. As you can see in this picture, we shared a laugh and a smile, and I am here to say, Commissioner, this one is for you! 🙂

From the bottom of my heart, I can’t say enough good things about this man and all he does for our state’s agricultural industry.

A leader. He is a source of optimism, unity, and compassion for all people.

You can read more at the link in the bio.

P.S. Find out what my favorite pop corn as taste tested by Me, Just Me Kate ...

It's true. Not a day goes by that I am not at the gym, walking my Trixie girl or biking to a friends house. Movement is truly the key to keeping my mind and body healthy.

There is nothing like a hot cup of joe in the office that also gives you the Christmas spirit!
@nespresso @nespressousa
#peppermintwheel #peppermint #caffe #cafe #coffee #espresso #coffeeaddict #coffeetime #whippedcream #froth #frothy #espressonotexpresso ...