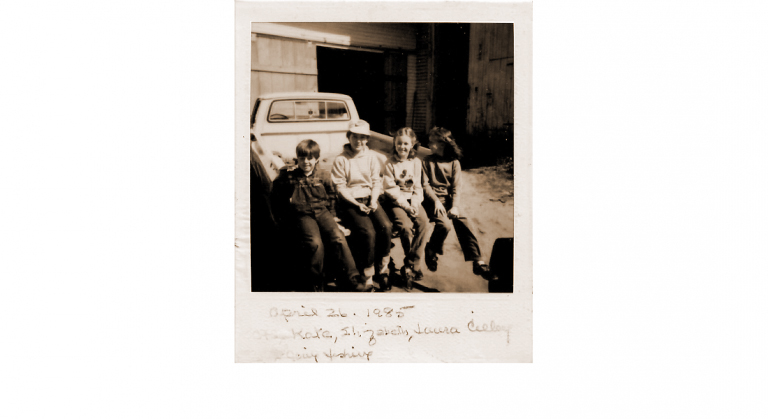 Oh, how I loved the opening day of fishing.

It meant spring and an early morning wake-up on the last Saturday of April every year.

My sisters, father and I would meet W and his sons in the dark up in Boscawen at their farm.

Poles in hand, our fathers would drive us up to Franklin, to wet a line just as the sun was coming up over the horizon.

We always got skunked. In fact, I never remember ever catching a fish of any size on that day. But we did have fun … and we ate pancakes … lots of hot pancakes and syrup at a little hole in the wall diner.

Our little souls didn’t have as much patience as our fathers did, and after a couple of hours of not even a nibble, and someone getting their feet wet, the dads called it as done, and we were on our way to breakfast.

When we went anywhere with W, it was more about the fun and the food than it was ever about the actual reason for the trip, and fishing was no exception.

W and my father grew up together, their parents bonding in the newlywed days before their kids were born. My grandfather was the local large animal vet, and all he had to do was go across the street to care for the small herd of guernseys owned by W’s parents.

I remember the day that this little, incidental polaroid picture was taken. How warm the sunshine felt on me, in the back of the little cream-colored Toyota pickup truck. The old milkhouse was to our left, where just inside, sat an old-styled refrigerator for the raw milk. Customers would stop to grab the glass-bottled pints that Duffy had bottled the night before.

I remember where this picture was posted for years, after this day. In the old farmhouse kitchen (which was behind us and just out of the picture), posted on the cabinet that was placed behind the door when it opened. I can still smell the smoke from the old fire-stoked oven that Duffy cooked with — and the cigarettes that she used to smoke. I can even hear Henry’s little poodle yip when we entered as if he had never seen us before. “Henry,” Duffy would say as she scooped him up to shush him.

On the back of the tailgate, there was a feeling of contentment. It was about the four kids being kissed by the late April sunshine and having the kind of fun that was felt in the purest of ways.

We were simply brimming with anticipation. Wondering about all that was in store for us and looking to W for the next adventure of the day.

It was pure. And this picture, far from incidental.

For a moment, this week, I was. 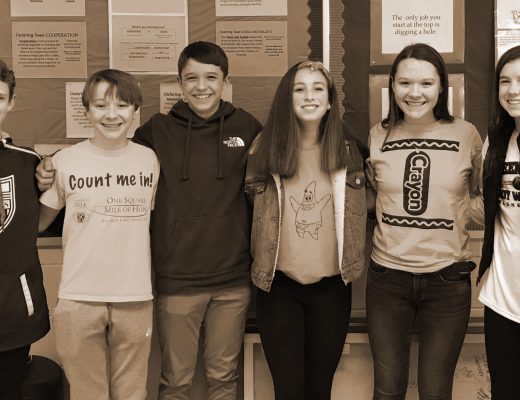 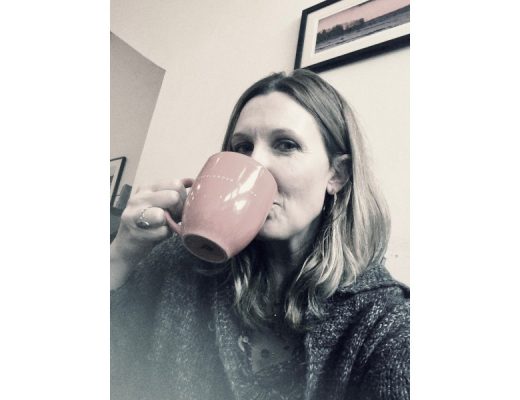 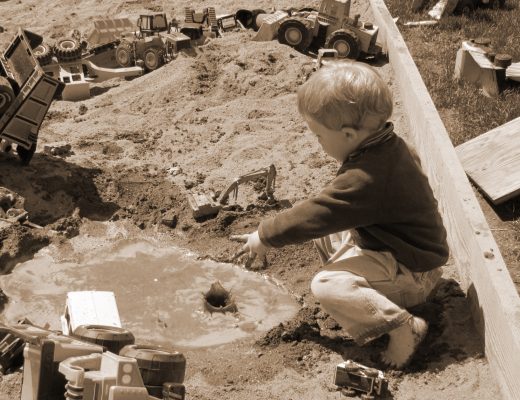 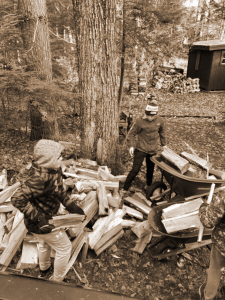 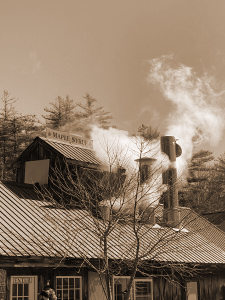 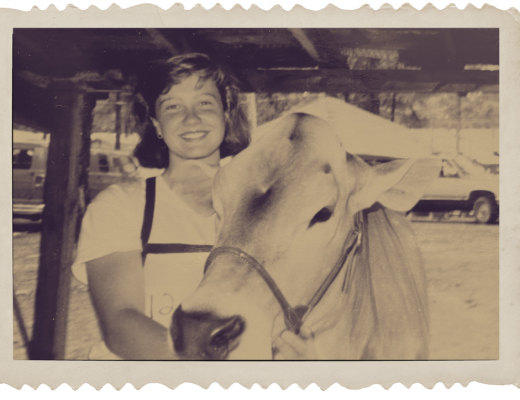 In the crook of her neck… 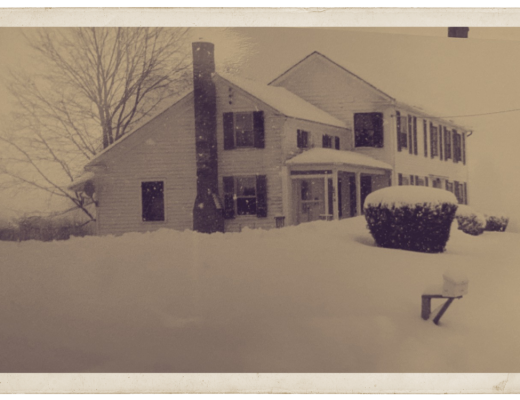 An old farmhouse in the winter

Walking down to Nan’s house when I was 5, it was my first taste of freedom…and coffee.

My mother stood at our house and watched me walk down Iron Works Road to my grandparent’s house. My grandmother on the other end, watching me come to her.

My sisters, too little to go, were still napping. I felt so big.
When I arrived, Nan and I would go into the “Bermuda Room” to visit while she watched her show, General Hospital.

General Hospital was the trigger for afternoon coffee, or cocoa, for me.

Nan always offered me coffee, even though she knew I would choose the hot cocoa option.
Link in bio to read more. ...

In the crook of her neck…

The sky was gray and heavy with snow. Brimming over in the last hour the flakes had begun to fall. Darkness filled the sky early these days as we neared the Winter Solstice on the shortest day of the year.

I slipped out of the house and headed for my favorite place, the barn. Out of the corner of my eye, I caught the faint twinkle of the Christmas lights that were strung on the big evergreen tree. Standing tall and strong next to the farmhouse it was lit up every year for the holidays, a seasonal tradition.

Painfully slow, I had watched the day unfold from my desk at school. I had been looking forward to this moment all day, waiting anxiously to get free from the tight quarters of a high school crowded with students and ideals.

Clad in my favorite “out of school” attire, I didn’t have to worry about such things as matching, or the style of shoes on my feet. It didn’t matter if there was ‘Benetton’ scrolled across the front of my shirt or ‘Esprit’ hanging from my shoulder.

What mattered outside of school was warmth, comfort, and practicality.

As I walked across the dirt driveway my black rubber Tingley’s danced with the cuff of my flannel lined jeans. Clomp, clomp, clomp, I headed to my place.
Read More
https://justmekate.com/in-the-crook-of-her-neck-2/ ...

Naptime with her favorite toy!

#justmyfouthchild and her favorite toy! ...

We had a great time at NYS Agricultural Society!

My first old farmhouse
Anyone who has ever lived in an old farmhouse during the winter has a special appreciation for what it is to feel warm, inside. 🙂

In an old farmhouse, it’s about waking up to frosty windowpanes, and watching the curtains blow, ever so slightly, to the rhythm of the wind blowing in through the cracks in the casings.

It’s listening to the sporadically rattling old storm windows that don’t shut right anymore. It’s feeling the cold through the horsehair plaster when you touch your hand on the inside of the house’s outer walls.

It’s understanding the importance of making sure the doors are properly latched on windy nights; one never knew when coming downstairs in the morning if they would be finding an old door blown open with snow spilling into the entryway.

It’s getting up in the middle of the night to stoke the firebox down in the cellar during subzero temperatures.

It’s chilly floors, along with keeping the Christmas tree up a little longer into January. Trees serve as great insulating factors in front of bay windows located in living rooms.

It’s cold noses, woolen socked feet, and wearing a hat inside at night when you watch tv.

Good Morning! Happy New Year! From my family to yours 🙂

This is what I am thinking about today: Responsibility. Specifically, how it is going to carry us through the new year.

I am going to go back to New Years Day when a friend of mine brought to my attention an observation that they made. I was very calm, allowing my 16-year-old to chauffeur my 12 and 19-year-old from a New Year’s Eve party at 1 in the morning, on a very foggy New Year’s Eve night.

It was true, I was. In fact, there was no hesitation, only in the sense that I told him to be very careful when he left–but I always do that.

Read More at Link in Bio

Sometimes you just have to climb up the mountain, no matter what the conditions— rain, wet, mud and cold! Feel alive!! And it’s even better when you have Trixie, to share in the fun!
#mtequinox #keeponmoving #climbyourmountain #bealive #justmefouthchild ...